Have you ever wondered where it all began? What are the Dutch roots in the cocoa trade and chocolate industry? The  current biggest cocoa port and one of the largest cocoa processors in the world started, like many other things in life, small. 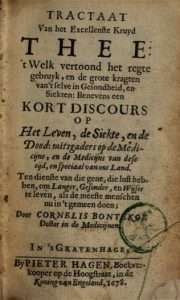 In 1679 a Dutch doctor by the name of Cornelis Bontekoe included a recipe for drinking chocolate in his publication on tea, coffee and chocolate. He exalted the energizing benefits of this drink and recommended its consumption to prevent and cure fatigue.

The first official reference to cocoa in Dutch history dates back to 1687. Local records show that Dutch traders requested the governments of Holland and West Friesland to drastically increase the import taxes on cocoa from other European countries in order to discourage foreign competition.

ZEELAND: WHERE IT ALL STARTED

By the end of the 17th century, a small scale cocoa and chocolate industry had developed in Zeeland and the Zaanstreek. All cocoa coming from the then Dutch colony of Surinam was brought in via Zeeland to the rest of the Dutch states. Since it was natives of  Zeeland who were involved in the establishment and government of the colony, it was only logical that they would choose their own state to develop the trade and processing of certain products.. The cocoa beans were transformed into squares of chocolate paste called Zeelandic Cakes.

The first chocolate windmill was opened in 1703 and by the early 1800’s, there were about 27 in the whole kingdom. Here, the beans would be lightly roasted, then winnowed and afterwards ground to a paste to which sugar would be added. People at home would grate the chocolate and add it to hot water or milk with vanilla powder. Anise or nutmeg were also used to improve the flavour.

During the 19th century the Dutch cocoa and chocolate industry in Zeeland went into a slow decline. After the North Holland Canal was built and opened in 1824, Amsterdam was, once again, easily accessible to sea vessels. As a result, international trade started to flourish again. Most of the cocoa trade moved to this area. This would in turn promote the growth of the cocoa processing and chocolate industry in Amsterdam, including the well known family companies of Blooker, Korff and Van Houten.

Van Houten would become a key name in the modern history of chocolate. In 1828 Casparus van Houten patented a hydraulic cocoa bean press that allowed him to separate the butter from the cocoa liquor. The cocoa cake that resulted from the process would be further processed to make cocoa powder.

He developed a process to give the powder a darker colour, to improve the flavour and to allow better solubility in water or milk. He would treat the powder with alkaline salts like calcium and natrium carbonate. This alkalinization process would be known globally as DUTCHING. And that’s how the first enduring Dutch footprint in the international cocoa and chocolate industry was set. 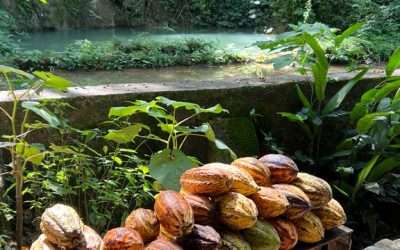 On the Trail of the Mexican Cocoa Culture

During a recent visit to Mexico, our colleague Erika embarked on a journey to learn more about her...

END_OF_DOCUMENT_TOKEN_TO_BE_REPLACED 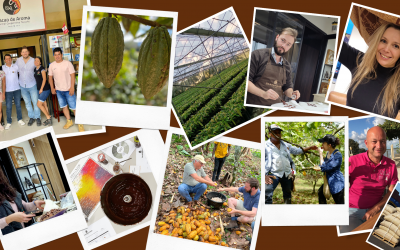 Getting up close and personal with the Daarnhouwer team! Before the end of the year is here, we...

END_OF_DOCUMENT_TOKEN_TO_BE_REPLACED
« Older Entries
Join Waitlist We will inform you when the product arrives in stock. Please leave your valid email address below.
We use cookies to ensure that we give you the best experience on our website. If you continue to use this site we will assume that you are happy with it.AcceptPrivacy Policy